This is In Real Terms, a column analyzing the week in economic news. Comments? Criticisms? Ideas for future columns? Email me or drop a note in the comments. U.S. manufacturing jobs, I argued a few weeks ago, are never coming back. But that doesn’t stop politicians from talking about them. Donald Trump scored his knockout blow in Indiana in part by railing against the decision by Carrier, a local air-conditioning manufacturer, to shift production to Mexico.
FiveThirtyEight Link to Story

This interactive graphic is part of our project exploring the more than 33,000 annual gun deaths in America and what it would take to bring that number down. See our stories on suicides among middle-age men, homicides of young black men and accidental deaths, or explore the menu for more coverage.
FiveThirtyEight Link to Story

New Orleans Searches For The Truth

Peters won the nickname on the basketball court, where he had a dangerous left hand and a swagger reminiscent of another “Truth,” Celtics star Paul Pierce. But to those who knew him best, the name resonated beyond basketball. He was the little brother who was convinced he was the oldest, the natural musician who could play any instrument that was put in his hands, the generous child who invited friends over for dinner when they didn’t have enough at home.
FiveThirtyEight Link to Story

Shut Up About Harvard

It’s college admissions season, which means it’s time once again for the annual flood of stories that badly misrepresent what higher education looks like for most American students — and skew the public debate over everything from student debt to the purpose of college in the process. “How college admissions has turned into something akin to ‘The Hunger Games,’” screamed a Washington Post headline Monday.
FiveThirtyEight Link to Story

The Next Amazon (Or Apple, Or GE) Is Probably Failing Right Now

When Jeff Bezos founded an online bookstore in 1994, no one could have guessed that in less than 15 years, Amazon would fundamentally reshape the U.S. retail landscape. No one, that is, except Bezos himself: As Brad Stone’s book about Amazon, “The Everything Store,” makes clear, Bezos’s goal from the start was to change the way Americans shop.
FiveThirtyEight Link to Story

The Economy Is Better — Why Don’t Voters Believe It?

At 9:30 a.m. on a recent Wednesday, Cyndi Diercks stood poolside at the Paddling Pooch in Bettendorf, Iowa, watching Ollie, her 12-year-old Weimaraner, swim laps. Between tosses of a fluorescent-green floating chew toy, Diercks, the 54-year-old owner of a local landscaping business and a leader of a local tea party group, enumerated all that was wrong with the U.S. economy.
FiveThirtyEight Link to Story

It’s Getting Harder To Move Beyond A Minimum-Wage Job

Minimum-wage jobs are meant to be the first rung on a career ladder, a chance for entry-level workers to prove themselves before earning a promotion or moving on to other, better-paying jobs. But a growing number of Americans are getting stuck on that first rung for years, if they ever move up at all.
FiveThirtyEight Link to Story

Ten years ago, shortly after the floodwaters subsided, James Gray stood in the ruins of his New Orleans home and tried to salvage what remained of his belongings. They fit inside a handbag. “I don’t know if my wife will ever get over that,” Gray said recently. But Gray and his wife have since restored the New Orleans East home where they have lived for more than 20 years.
FiveThirtyEight Link to Story

What We Don’t Know About Canada Might Hurt Us

Researchers say the voluntary National Household Survey is unreliable. In 2006, the small Canadian town of Snow Lake, Manitoba, had 837 residents, many of whom worked in the local mining industry. It was a prosperous community: The typical family earned 84,000 Canadian dollars a year, well above the national median of about $66,000, and the unemployment rate was just 5.1 percent even though only a small fraction of residents had a college degree.
FiveThirtyEight Link to Story

Should Prison Sentences Be Based On Crimes That Haven’t Been Committed Yet?

Criminal sentencing has long been based on the present crime and, sometimes, the defendant’s past criminal record. In Pennsylvania, judges could soon consider a new dimension: the future. Pennsylvania is on the verge of becoming one of the first states in the country to base criminal sentences not only on what crimes people have been convicted of, but also on whether they are deemed likely to commit additional crimes.
FiveThirtyEight Link to Story

The Poorest Corner Of Town

By midnight on Wednesday, this call-and-response, and others like it — “Hands up, don’t shoot,” “What’s his name? Mike Brown,” and the old standby, “No justice, no peace!”. had been going on for hours. An early-evening thunderstorm and the calm but firm interventions of local clergy helped make this perhaps the most peaceful night since Ferguson police officer Darren Wilson shot and killed 18-year-old Michael Brown 11 days earlier.
FiveThirtyEight Link to Story

Some Parts Of America Are Aging Much Faster Than Others

The U.S. is getting older — fast. Nearly 300,000 Americans are turning 65 each month; a decade from now, according to official projections, nearly one in five Americans will be what is typically considered retirement age. The graying of the population has huge implications for politics, the economy and society at large.
FiveThirtyEight Link to Story
View More Stories

Ben Casselman serves as senior editor and chief economics writer for FiveThirtyEight, the definitive website for data-driven journalism. As senior editor, he oversees all economics and criminal justice coverage for the site.

As chief economics writer since FiveThirtyEight's relaunch in March 2014, he has used a mix of traditional reporting and original economic analysis to dive deep into subjects such as long-term unemployment, education, energy and entrepreneurship. His weekly "In Real Terms" column covers a wide range of topical issues in economics.

Prior to joining FiveThirtyEight, Casselman spent more than seven years as a reporter for The Wall Street Journal, where he was most recently the paper's senior New York-based economics correspondent.

From 2008 to 2011, Casselman worked in the Journal's Dallas bureau, where he reported on the economic, environmental and political implications of the recent U.S. drilling boom, as well as on offshore drilling, global oil exploration and energy prices. His coverage of the Deepwater Horizon disaster in the Gulf of Mexico was a finalist for the 2011 Pulitzer Prize in national reporting and won a Gerald Loeb Award. Previously, he wrote about residential real estate for the Journal's Weekend section.

A graduate of Columbia University, Casselman lives in New York. 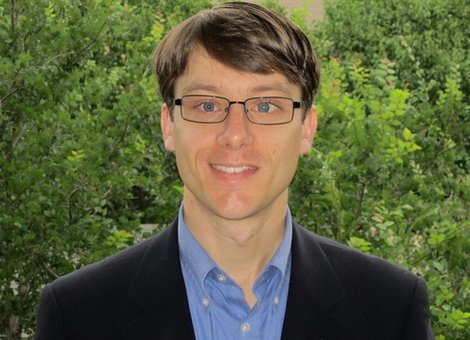